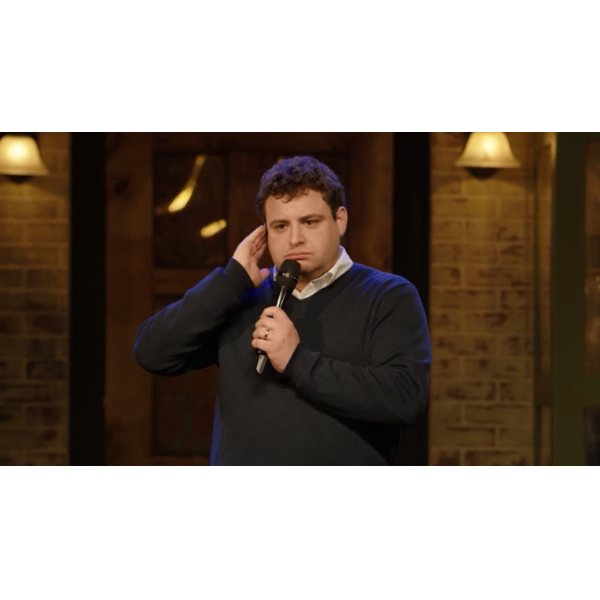 Doors open 15 minutes prior to showtime.

All Shows 21 and older

All Sales Are Final - No Refunds

Video recording of events and flash photography not allowed. Cell phone use not allowed in showroom. Card subject to change.

Patron, be advised that by entering Fort Wayne Comedy Club/469 Sports & Spirits, you consent to your voice, and likeness being used, without compensation, in video and photography for exploitation in any and all media. Whether now known or hereafter devised. You release Fort Wayne Comedy Club/469 Sports & Spirits, it's vendors, successors, and licensees from any liabilities whatsoever of any nature.

With over 3,000 career performances, Andy Beningo has established himself as one of the most in demand comedians working today. Hailed for his clean and "every man" style, Andy has been named one of the 40 Best Up and Coming Comedians in the country, as well as "Best Comedian" by both the Detroit Metro Times and Detroit Hour magazine. His Dry Bar Comedy special, 'Adorable Tough Guy' generated over two million views on social media in its first week of release. Andy has appeared on AXS TV's Gotham Comedy Live, as a final four finalist on CMT's Next Big Comic, and on the nationally syndicated Bob and Tom radio show. Andy's new CD, 'Quiet Coyote' regularly plays on Laugh USA on XM Sirius Radio. His rare ability to find humor in subjects like growing up the middle child, his short lived career as a middle school teacher and our society's obsession with technology has made him a crowd favorite in audiences worldwide.

Beningo has performed in corporate events for Fortune 500 companies (like Dow Chemical, Cisco Computers and All State), in colleges and in church functions. He regularly performs in Alaska and Europe on Norwegian Cruise Line. He has shared the stage with many of his comedic heroes, including Frank Caliendo, Greg Giraldo, John Heffron, Dave Coulier, and Rocky Laporte. He has performed in some of the finest clubs in the country, including Gotham Comedy Club in New York City, Zanies in Chicago, Comedy Store in Los Angeles, and nationwide in the Improv and Funny Bone Comedy Club chain. Comedy Festival performances have included: Gilda's LaughFest in Grand Rapids, MI (where he was the warm up act for Betty White's sold out show at the DeVos Center), Live Laughs Festival (as one of the festivals headliners), the Detroit Comedy Festival, the Great American Comedy Festival (at the Johnny Carson theater) and the Clean Comedy Challenge- where he won several awards. In 2020, Andy co-headlined the Date Night Tour. He performed in in front of an estimated 14,000 people in a 14 day, 14 city tour throughout 5 Canadian Providences. Part of the tour was filmed for YesTV Canada- which reaches roughly 7 million homes across Canada. Andy continues to accumulate accolades- as he was recently nominated for Comedian of the Year by the AMG Heritage Awards. Other radio and small television appearances include: being heard on Chick McGee's Off the Air Podcast, the Daren Streblow Comedy Show and overseas on the American Forces Network. Appearances on the NBC affiliate show "Night Shift with Kevin Ferguson," the Comedy Time Network, Comcast Cable's "Open Mic" and on MavTV have been well received. Beningo won the Clean Guys Unbleepable Contest- and his stand up clip on text messaging premiered before Dave Coulier's Clean Guys of Comedy movie- which was in over 600 movie theaters nationwide. He became a favorite on Rooftop Comedy, where his material was highlighted on three different TV shows, including Comedy Cut Outs- an animated series. Rooftop also tapped him to host the National College Competition presented by TBS at both Michigan State and the University of Michigan.

In addition to stand up, Andy Beningo has starred in a very popular commercial for Pay Anywhere, and landed a small role in the film The End of The Tour starring Jason Segel and Jesse Eisenberg. He also had a very small role on the Comedy Central show The Detroiters.